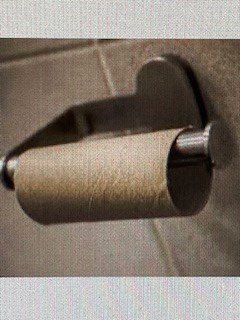 Move over Matt Taibbi.  You’ve just been scooped by the princess of poop.  Business Insider’s Kali Hays today dropped a load so fetid and scandalous it’s sure to create some early P.U.litzer buzz.

While Taibbi & Co. have been exposing efforts by the FBI and sitting U.S. Congressman to censor Twitter accounts and to have journalists removed from the social media platform, Kali Hays has been combing through troves of Twitter emails and explosive internal Slack messages that reveal a company on the brink of mutiny.

According to Hays’ two sources, Twitter offices in New York and San Francisco are dealing with clogged commodes and may be just days away from running completely out of toilet paper.  Conditions at these locations have become so desperate that employees are standing out on the sidewalk begging passersby to spare a square.

In response, Twitter CEO Elon Musk has issued a companywide directive requiring all restroom visitors adhere to a strict two square per visit limit with a cap of three restroom visits per day.  This is said to be causing quite a hardship in New York, but sources in San Francisco say it’s not a problem because everybody’s allowed to just shit outdoors on the sidewalk anyway.

Hays also reports that her sources embedded inside the bathrooms at Twitter are noticing that the normally soft and fluffy two-ply toilet paper is being replaced with a coarser single-ply.  The result is that employees are finding it difficult to sit at their terminals for extended periods of time.

In response, Twitter CEO Elon Musk has issued a companywide directive that all employees shall be transitioned to stand-up terminals effective immediately.